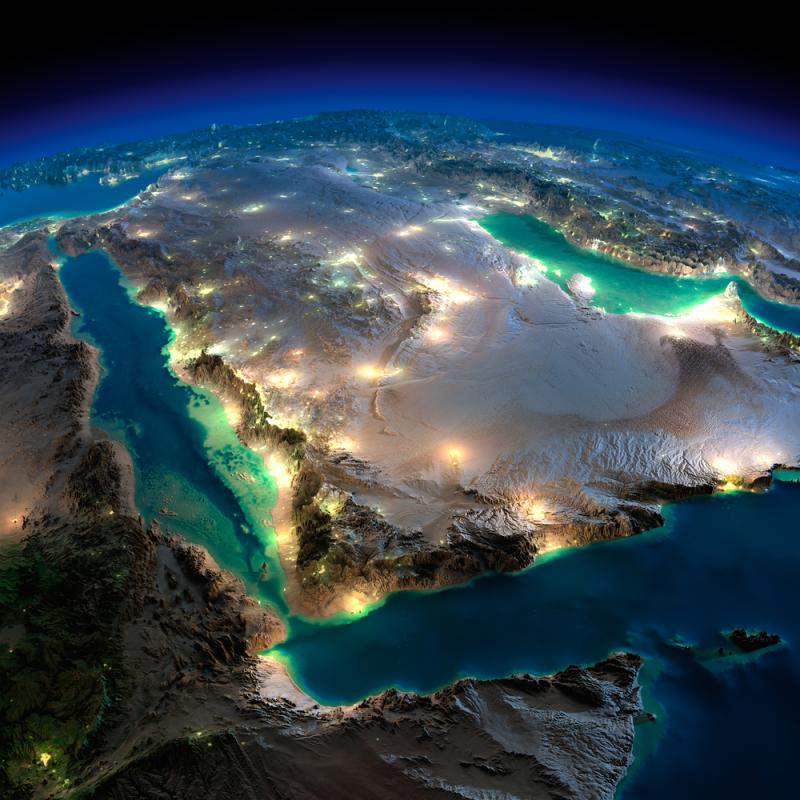 If you’re keeping an eye on my linkedin profile, you’ll have noticed I have a new job. I’m now part of the “End User Computing” team for KAUST. (King Abdullah University of Science and Technology). This is a quite exciting opportunity that’s led me to drop virtually everything I had in the UK and move to Saudi Arabia for a six month contract role that may go permanent.

I’m going to leave out the whole visa and relocation story: this has been told in detail by others far better than I can. A good place to start if you’re interested is Claire Sale’s blog. She has a wonderful series of posts on her family’s relocation to KAUST and it turns out she’s quite well known around KAUST for doing so 😉

There are very big culture differences that I’m trying to get used to and wrap my head around. The big one being that you use your right hand for everything as the left is considered “unclean”. Potential big deal. Also, the formal way of addressing someone is (for a man) “Mr. (first name)” rather than the more Western “Mr. (surname)”. I knew this one, but having it used on me was a little disconcerting at first.

I’m going to blame my half zombie state yesterday caused by a red eye flight, two hours sleep and no caffeine.

For a Brit the biggest difference is the weather. I’m used to wind, rain, cold, damp, hot, sunny (occasionally) and all variants in between. Sometimes the same day. Not here, so far it’s been varying levels of humidity mixed in with temperatures never less than 33 celsius and today was my first ever sandstorm.

It didn’t help that the taxi driver kept his foot down. 140km/h down a two lane highway that had rivers of sand made for a bouncy stomach churning experience. See, I prefer to slow down in adverse conditions but apparently that doesn’t happen here!

So here’s my current situation. I’ve been in country for two days now. I’ve my work ID, my passport and visa stamped. My work situation is that i’m ready to go on Sunday (weekends here are Friday – Saturday in line with the rest of the Islamic world).

I am not living on the KAUST campus.

It turns out that the new procedure is that everyone starting at KAUST is now given a six month contract (they call it a “consultant” role) to begin with. There isn’t currently enough accommodation to house everyone on the KAUST complex, so they’ve put me up in a very luxurious hotel room. The hotel itself is in the King Abdullah Economic City, which is also a “closed” type area although not as western as KAUST itself is.

If you have a look on google maps where these two areas are, you can see there will be some interesting challenges over the next few months for me. There are regular shuttle bus rides from the hotel to KAUST and back but only on the workdays. It’s possible to get taxi’s booked to take you around. I suspect weekends will be very quiet as KAEC is still very much under construction. Despite saying that, I understand this hotel is very full.

I cannot fault in any way the Saudi hospitality. It’s been exemplary and frankly, it’s a very welcome change. Obviously it’s not a welcome I wish to wear out. I’ve a few ideas on how to fill my time on weekends, assuming work doesn’t have any crisis that requires immediate attention.

Some of these things will be to start writing the film script i’ve been working on/off for the past few months. I also have another script to finish reading and tomorrow will be the perfect opportunity to do so. When i’m done, then I get to start my critiquing process. (This is all part of my backup plan in case things don’t work out for me here, and the beauty of it is that I can still do them if things do work out 😉 )

I’ve a little of the relocation blues at the moment, I guess. I’m 1.5 hours from the airport and a further six hours flying time from what was formerly my home. My friends are all either back in their respective UK towns and cities (and others even further away in various parts of the USA) and i’m feeling the loneliness a little. There’s no denying that i’ve made a huge leap here.

However it’s a leap that was worth taking. As far as i’m now concerned, i’ve achieved a major life goal of mine: working abroad. Not many can cross off something major like that, and whatever happens this will be an experience that I hope will enrich me.

(note: there are a lot of USA imports here. Pizza Hut, McDonalds, Burger King, Coffee Bean & Tea Leaf to name but some. It’s pretty hard to get away from them and frankly, dinner today was a Philly Cheese Steak Sandwich from the steak place around the corner. Where’s the authentic Saudi food?)

(further note: I’ve been teetotal for the better part of 15 years now so living in a “dry” country doesn’t bother me in the slightest. However I have been getting a lot of pictures of bacon on my twitter feed. Uh-huh …)